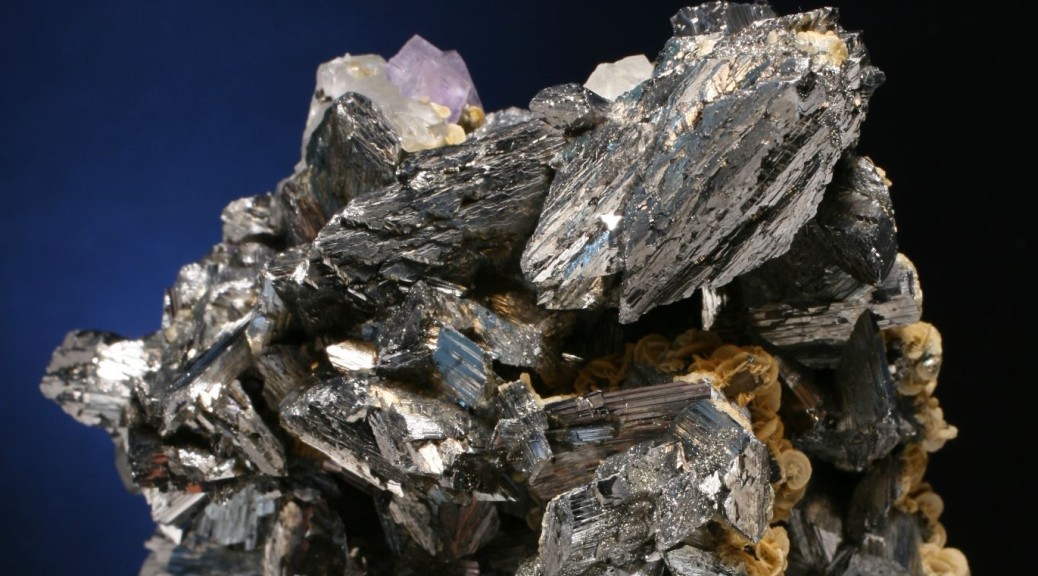 Mining began in the district in 1898 but probably the Panasqueira mines (Portugal) were first worked for tin by the Romans and next by the Moors. In 1927 the mining concessions were taken over by Beralt Tin and Wolfram, Ltd. (a british company). Today Panasqueira is one of the biggests tungsten mines in the world and it is being operated by Sojitz Coorporation, a japanese company. The Panasqueira district have indeed several mines, known as Corga Seca, Barroca Grande, Panasqueira, Vale da Ermida and smaller ones. Some of them have closed many years ago like for example Val da Ermida, this last mine produced some of the best mineralogical examples of all Panasqueira district history.

At least since 70´s the Panasqueira Mines are known among mineral collectors for the beauty of the minerals found there. In my personal opinion Panasqueira has given many of the best apatites in the world, but this mine is not only about apatites, it has produced a exceptionally large suite of other minerals that they also rank as the very best for the species. However the ammount of fine crystallized different minerals you can find in just one specimen is what sets apart this locality.

Sadly, the way mining companies have been operating this deposit does not help protecting the mineral art these mountains hide. Furthermore miners can loose their jobs if they remove minerals from the mine. Nevertheless miners risk their positions taking out a few specimens just to earn a few more euros to compesate their low salaries. These conditions plus the lack of time end up in a shortage of minerals where most of them are severely damaged. The situation is so bad that trading of minerals from the mine or visiting old mine workings is an offence, this makes Panasqueira mineral collecting even harder now..

Geology of the mining district

The surface geology of the Panasqueira district is restricted to the tightly folded vertically-dipping pelitic Beira Schist which suffered greenschist-grade, regional metamorphism during the early compressive stages of the Hercynian orogeny. Original lithologies were principally argillaceous to arenaceous shales, graywackes, and fine grained sandstones. Taken as a whole this sequence, which is widespread in Portugal, has been referred to as the Beira Schist complex.

The prevailing horizontality of the Panasqueira veins is a feature of this district which sets it apart from other tin-tungsten deposits. The veins, which range in width from a few milimeters to more than a meter, cut across the altered granite cupola and steeply dipping Beira Schist thereby indicating the mineralization ocurred after emplacement and crystallization of the pluton.

Because the mineralization is open-space filling rather than replacement, this presents a special problem as to how the structures were initially dilated and then managed to remain open during the subsequent mineralization. Evidence suggests that the flat vein openings were created and supported by hydraulic pressures of the early tin-tungsten vein fluids (fluid pressures exceeded lithostatic pressures).

Mineralogy of the veins

Over fifty mineral species have been described from the Panasqueira deposits. Due to the coarse-grained nature of the minerals, the Panasqueira deposits have been known for their good mineral collecting. Although there is a rather complex paragenesis, the mineralogy is uniform laterally, composed dominantly of quartz. with lesser amounts of muscovite, topaz, tourmaline, carbonates, apatite, wolframite, cassiterite, and sulfides.

The paragenesis is fairly complex because several minerals, including quartz, muscovite, and pyrite, were long-lived in the sequence and were precipitated in a repetitive manner. In spite of these complexities, four main stages of mineralization have been recognized and described: (1) the oxide-silicate stage, (2) the main sulfide stage, (3) pyrrhotite alteration stage, and (4) late carbonate stage. Economically, the first stage was by far the most important, because it includes the ore minerals cassiterite and wolframite.

Click here to see other high quality minerals from the Panasqueira Mine: http://www.spanishminerals.com/specimengalleries.htm