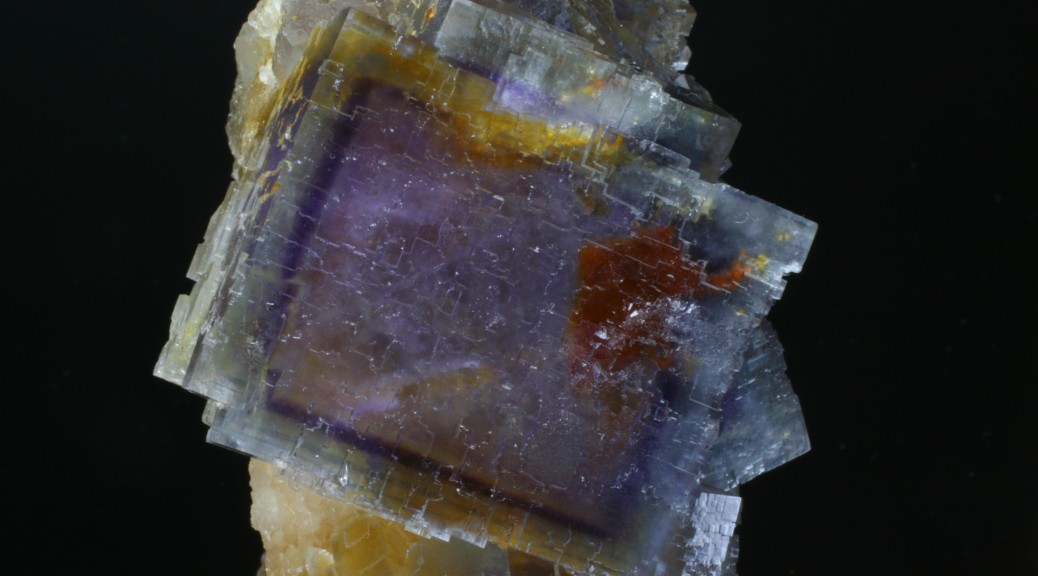 As Wendell Wilson wrote recently in his High End Report Tucson Show 2014  “Color is King […]” and I think most mineral collectors will agree with his statement. Even more if we are speaking about fluorite specimens!

This is the first post about how to differentiate the fluorite specimens from Asturias, Spain. Today, I will focus in the wide  colour range of fluorite crystals. In others posts I will speak about crystallization, mineral association, etc.

As you all probably know, fluorites crystals from Asturias, an small region in the north of Spain, rank between the finest cubic fluorites in the world.

There are some other fluorite localities in Spain, outside Asturias region, but they are not very well known for gemmy crystals and the quality is usually low. So we will focus only on the colour of the fluorites from the fluorspar deposits of Asturias, Spain.

Fluorite collectors from overseas usually get confused about the fluorite localities in Asturias. So many localities, so many mislabelled specimens. So this is a problem for a collector concerned with the origin of his fine fluorite specimens.

There are many obscure fluorite localities in Asturias but we will keep it simple for this post. To start with, I am going to let you know the four most famous localities nowadays. Each one produces quite different specimens, but sometimes is very difficult to assure the exact locality of a specimen.

1- La Collada . La Collada mining area comprises several fluorspar mines. Usually fluorites from La Collada range between blue and  violet, but dull green hues are not specially rare. Zoned crystals are common. It is not very difficult to find blue and violet or light blue and dark blue in the same crystal.

General note for the green fluorites from La Collada: Dull green crystals are not rare, specially in some old areas; but vivid, bright greens, are exceptionally rare. Nowadays, green coloured crystals are rarely seen in the mineral specimen market.

Note: La Viesca Mine has been worked as an open pit and underground mine. It is inside of La Collada mining area. It usually produces from very light to very dark blue – violet coloured crystals. Purple colour is uncommon. Blues with a hint of green are scarce. Small colourless crystals are common, but large ones are quite uncommon. Highly saturated light blue crystals are rare.

2- Berbes mining area. Blue, violet and purple fluorite crystals, being the last probably the rarest, although pure blue is not common either. As a general and easy rule I could say that the closer to the red spectrum the rarer it is.  Berbes area tends to the red spectrum (purple) much more than La Collada.

Zoned fluorite crystals in Berbes are common, but to find two different colours in the same crystal is unusual. Let me explain: You can find light purple crystals with a medium or dark purple phantom. The same stands for violet or blue. But to find a blue crystal with a purple or violet phantom is uncommon.

3- La Moscona Mine. Almost all fluorites from this underground mine are yellow. Ranging from pale and greyish yellow to honey coloured or extremely vivid yellow, being probably this last one the rarest among the yellows. Rarely, you can also find dark blue (with more or less violet – purple component)) and strong red.

Note: Villabona Mine is a different fluorspar mine  near Moscona Mine. Based on the specimens I would say that both mines operate the same fluorspar deposit. There are only around five kilometres between the entrance of the two mines. Specimens from these two localities are very difficult to distinguish. We could say that fluorite crystals from La Moscona Mine usually tend to warmer yellows (honey, reddish), whereas Villabona tend to cooler yellows (very light hints of green).

4- Emilio Mine. The most common colour in this underground mine is the lack of colour! Usually greyish and sometimes gorgeous water clear fluorite crystals. Light blue is not uncommon, being dark blue quite uncommon, but not rare in some areas of the mine. As a general rule for this mine: colours are light.

Note: Jaimina Mine is a fluorspar underground mine very near Emilio Mine. Indeed one connects or almost connects  with the other, although mine entrances are two kilometres away from each other. To distinguish between fluorite specimens from Jaimina and Emilio is practically impossible. The same “La Moscona – Villabona issue” here. Of course, you can distinguish pockets but not the specimens from either locality as a whole. As a very general and unprecise opinion, fluorite pockets in Jaimina tend to warmer blues, whereas Emilio tend to cooler blues. Could this be due to Jaimina being closer to Berbes than Emilio?

I hope you enjoyed this post. If you have any comments, ideas or suggestions please feel free to send me an email.

New photos will be added to this post in a near future. Stay tuned and sign up with us in our home page. www.spanishminerals.com

Many of the fluorspar mines of Asturias are closed, being others active. Mineral collecting in them is forbidden by the mining companies which operate the mines and the Spanish law.